Appendix 3: Auschwitz—Reality versus the Claims

The story about the “Auschwitz camp orchestra” have entered nearly legendary status. Most often, the public is told, the evil Nazis (either themselves, or they forced Jews to do so) played classical music while they were mass-murdering Jews in the “gas chambers” or some other such activity.
So what was the reality of the Auschwitz Orchestra?
The truth is revealed in original photographs, on display at the camp museum to his day.
Below: A picture of the real Auschwitz camp orchestra, assembled for an open air concert in Auschwitz I. Note the crowds of prisoners standing round (not being “marched” or “carrying the dead” but quite relaxed, listening to some music. Note other prisoners on the left, standing at ease.  It is, of course, also untrue that the camp orchestra was “forced” to assemble in one particular area only. 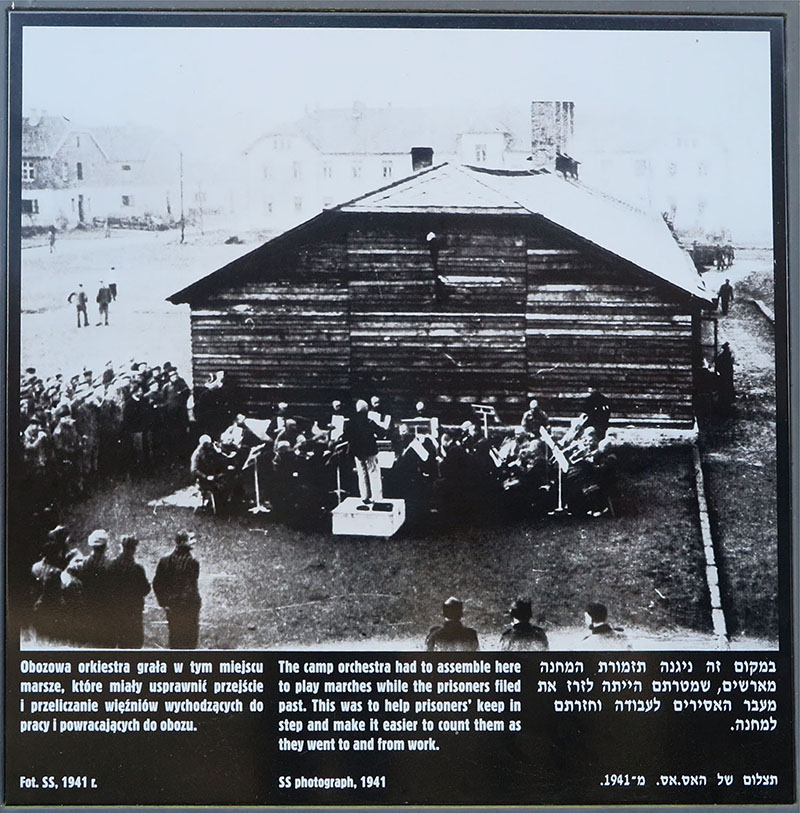 Below, a picture taken in 1941, a Sunday afternoon (and not a “work” day, so, no “rows of prisoners “marching past”) in which the details of the orchestra can be seen even more clearly. 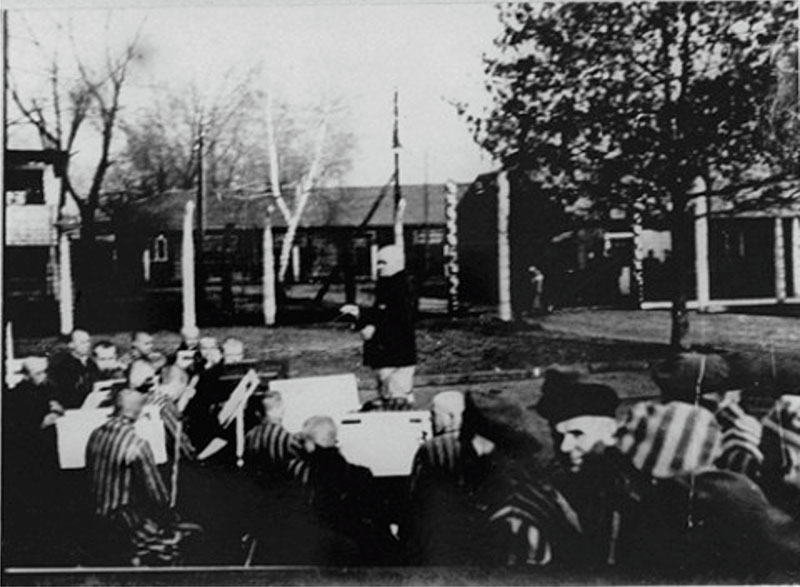 The Treatment of Prisoners in Auschwitz

The image of Auschwitz, as promoted by the Holocaust Storytellers and their allies in the mass media, is that Auschwitz was a slave-extermination camp, dedicated only to murdering as many people as possible.
The reality of life in Auschwitz was—needless to say—very different to these endless “survivor” lies. Instead of being dedicated to the “mass murder” of any-and everyone, the Auschwitz Camp had a large number of facilities dedicated to saving the lives of prisoners--including hospitals, dental clinics, recreational facilities, libraries, and so on. Here follows some images from Auschwitz which the Holocaust Storytellers do not show.
Below: Block 10 at Auschwitz: the prisoner’s hospital block. 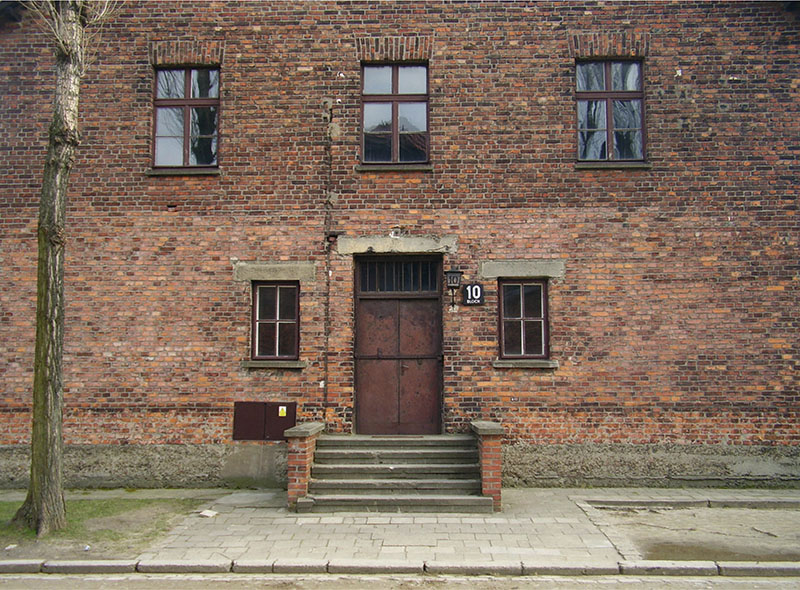 Below: Concerts for prisoners. A stage performance at Auschwitz, dated by the German Federal Archive Service as “1941/1944." 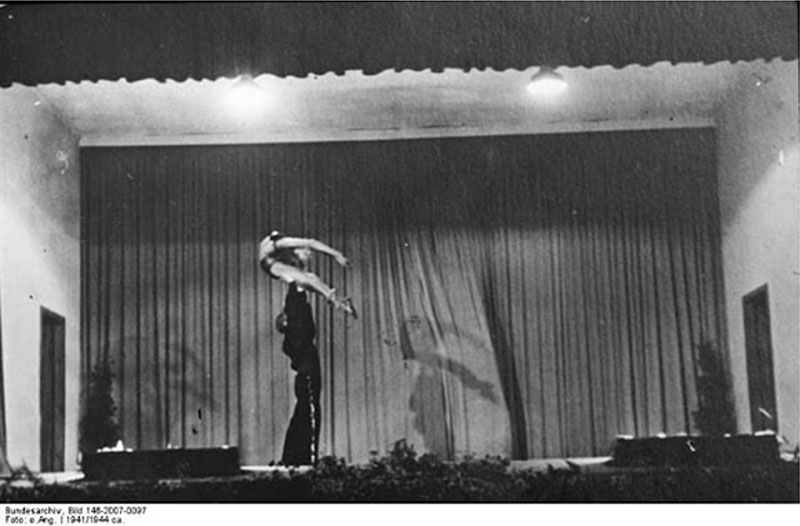 Below: A picture of the camp choir, recruited from the workers at the IG Farben factory at Auschwitz—all well-fed prisoners, putting on a concert for the camp inmates. 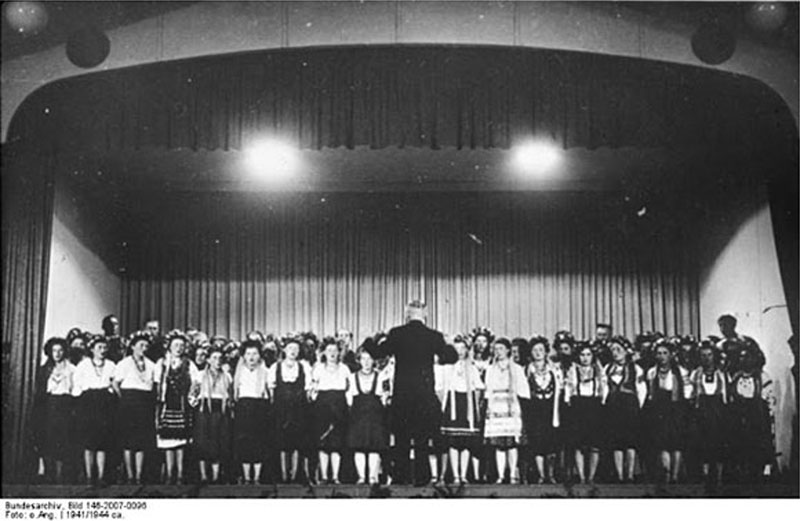 Below: A prisoner being X-Rayed at the Auschwitz hospital, 1942, supposedly at the height of the “extermination program.” The idea of a fully-equipped, modern and state-of-the-art hospital facility at Auschwitz flies in the face of allegations that the camp’s sole purpose was to “exterminate” people. 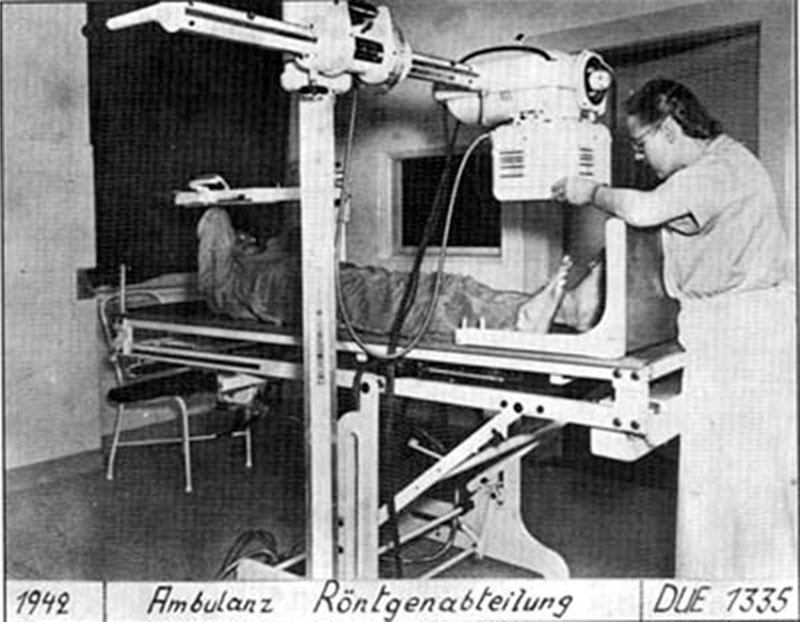 Below: Taken from the Yad Vashem (Israel’s own “Holocaust memorial organization), a photograph showing prisoners at Auschwitz being treated in the ultra-modern dental clinic at the camp in 1941. 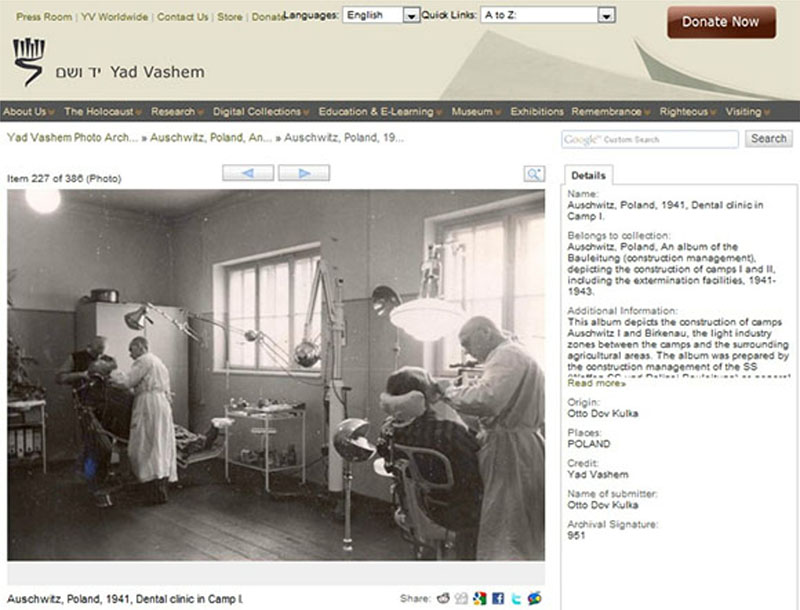 Below: It was a regular occurrence for children to be born in the camp. The Nazis even set up a nursery for the children. Picture from 1942. 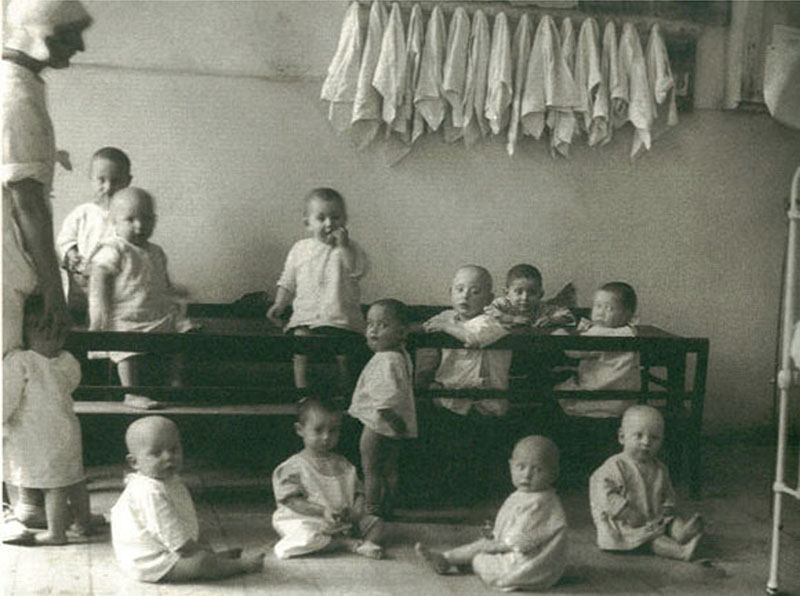 Below: The dining hall at Auschwitz III. Photograph from 1942. 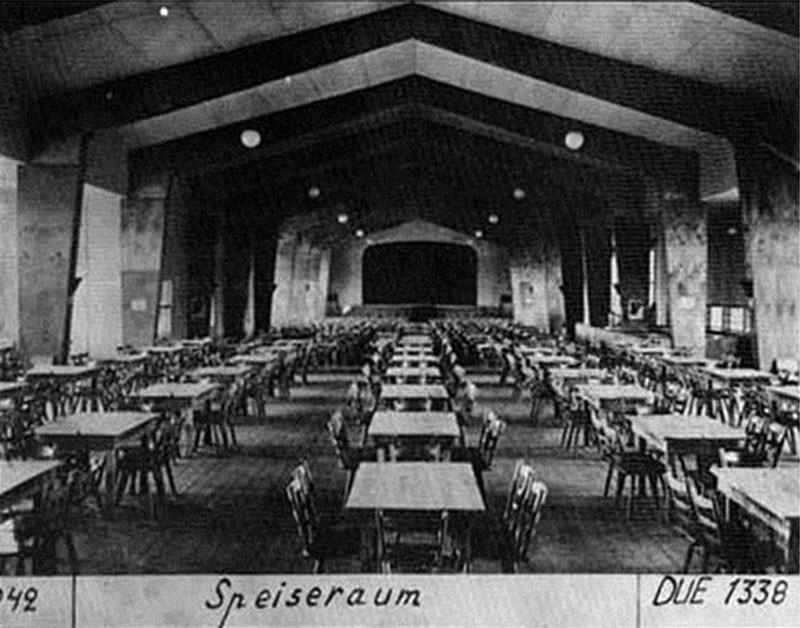 Below: Auschwitz also had its own greenhouse complex to provide food for the prisoners. 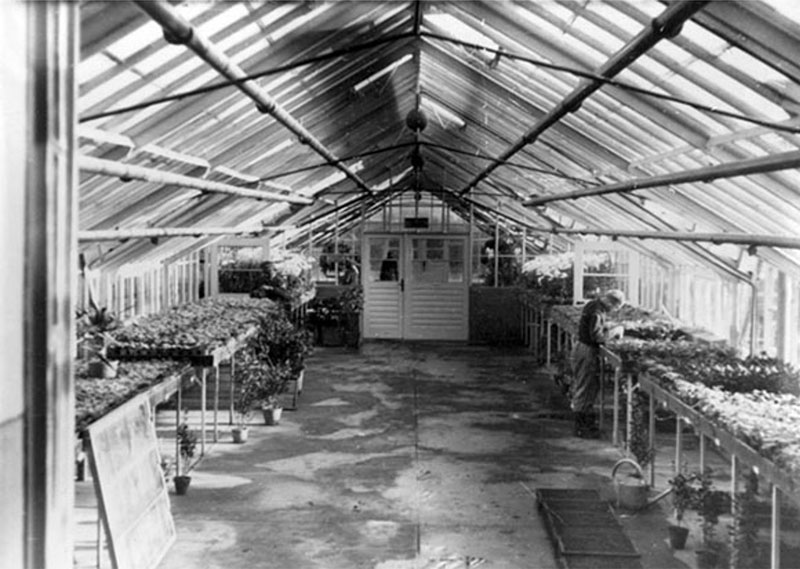 Below: Sporting activities were also encouraged: a fencing tournament for prisoners at Auschwitz (note the sign in the background). Photograph from 1944. 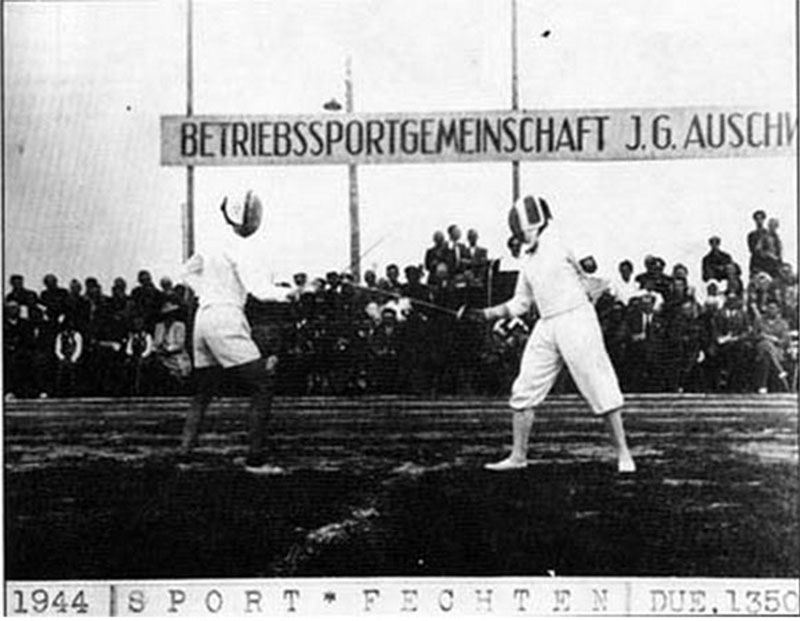 There were prisoners from all over the world at Auschwitz, not just Jews. The camp had originally been built to accommodate Polish Prisoners of War, and later had many Russian POWS arrive as well. Below: a British POW soccer team from the E715 camp, located directly next to the Auschwitz II (Birkenau) camp—where it is claimed, the "gas chambers" were located—pose for their group photograph. 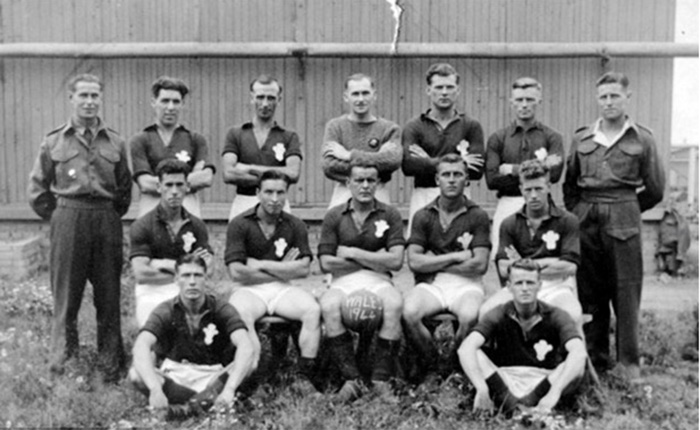